With the rise of the internet, the ideological melting pot of the 20th century has gone on steroids: diversity of belief has exploded, alongside ideological polarization. In the 21st century city, it's not uncommon to see black bloc, neo-nazis, vegans and carnivores living in the same apartment complex. 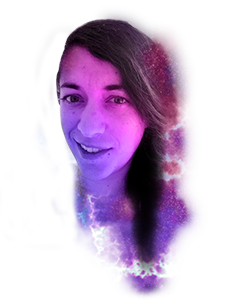 Arielle Friedman has wandered in the maze for so long she’s starting to maybe get some idea what it’s shaped like. Either that or she’s obsessively circling a dead end. When she’s not agonizing over the state of reality and the breakdown of society with co-stars Chris and Katy, she’s agonizing over writing, the nature of consciousness, and the ever-growing pile of books that’ll someday topple and crush her to death. 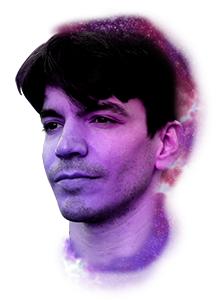 Chris is a philosoraptor. He loves deep conversations about life, the universe, and everything. To this end, he co-chaired the Physics and Philosophy Club while studying engineering at Carnegie Mellon University. He sees the world going through a deep transformation in which there is much danger but also much opportunity. He wants to contribute to the strengthening of the individual in order to smooth the transition to the new, politically and socially decentralized era.

Chris prides himself on being an independent thinker. Many people think he's crazy for trying things that no one else wants to. For instance, in 2016, he went for a 21-day water fast that ended up transforming him and his outlook on life. He has an insatiable curiosity and is obsessed with unveiling the mysteries of the universe. A software engineer and envistor by trade,  recently he's focused mostly on health and fitness; science and engineering; politics and economics; philosophy, and music. 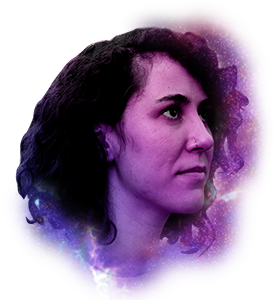 Katy is a recovering absolutist who spent most of the work of her early 20s dedicated to voluntaryism, and to a lesser extent, veganism. This all changed after a series of colorful journeys through the mind sparked the breakdown of her belief systems. Since then, Katy has been adrift without a strong ideology to fight for, and it feels quite nice.

Outside of The Multiversity Project, Katy focuses a lot on design, music, language learning, and lately, a little dog named Betty. But most of all, she loves exploring ideas and learning as much as possible about the world, hoping that someday maybe it will all come together to help make things a little better.